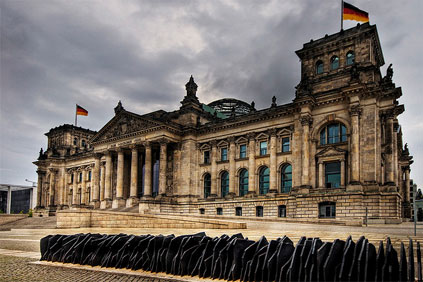 GERMANY: Germany’s new renewable energy law has passed through parliament in the second and third readings, in parallel with a law allowing each federal state to independently set the distance of wind turbines to the nearest houses.

The law has gone through despite additional last-minute demands from the European Commission made on 23 June.
Amongst other points, the commission had demanded that imported renewables electricity should not be subjected to the German renewables levy. It argues this has the effect of an import duty. (The intervention is believed to anticipate a European Court of Justice judgement due at the beginning of July 2014 on a dispute surrounding a Finnish wind station looking to participate in the Swedish renewables support system.)
Bavaria is setting a minimum distance of ten times the turbine height, which threatens to virtually rule out wind development in the state.
Both laws are to take effect on 1 August. Federal states setting minimum distances must do so before the end of 2015.
The new Renewable Energy Act caps onshore wind expansion at 2.5GW per year not including net additions from repowering projects. Offshore wind is limited to 6.5GW by end-2020, albeit with some flexibility allowed for installations to reach up to 7.2GW.
The law is a three-year interim measure, to be followed by new legislation setting out the rules for renewables tendering procedures beginning in 2017 and on market integration of renewables, according to federal economy minister Sigmar Gabriel.