OPINION: Ontario’s renewable energy ‘disaster’ is what drives up the cost of your hydro 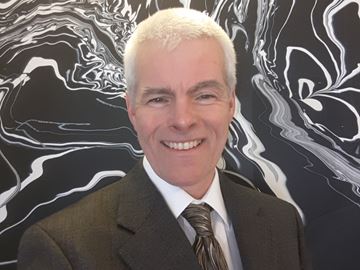 Tom Adams is an independent energy and environmental advisor. He says the high cost of electricity in Ontario is in large part due to renewables.
Bloor West Villager
By Tom Adams

Is renewable energy responsible for driving up Ontario’s electricity costs?

With the Ontario government introducing a new program severing the link between the cost of power and the price of power so it can shift 25 per cent of household power bills today to future generation by way massive new debts, it seems like a good idea to know why Ontario’s power rate crisis developed.

Ontario’s power rates were relatively stable until 2008, when they started steep yearly increases. With the fastest rising rates in North America since then, Ontario’s rates surpassed the U.S. average years ago. The largest single factor driving this increase has been new generating capacity from wind and solar renewable generation.

The Ontario government and its supporters commonly report the costs of different types of generation counting only payments made directly to particular forms of generation.

But, when renewable energy costs trickle down to consumers, those costs are much more than just payments to renewable generators. While it is true that the payments to generators for wind power – 14 cents per kilowatt-hour (kWh) – is cheaper than for gas power — 17 cents/kWh – not all electricity has equal value. (For context, the average rate households pay for the commodity portion of their bill is about 11 cents/kWh.)

Why don’t we replace wind power with gas power, save money and cut emissions?

Where gas power is delivered on demand, wind is fickle. Eighty per cent of Ontario’s wind generation occurs at times and seasons so far out of phase with usage patterns that the entire output is surplus and is exported at a substantial loss or squandered with payments to generators to not generate. Gas power in Ontario backs up unreliable wind and solar, a necessary function if the lights are to stay on, but we pay twice for the same service.

Direct payments to solar generators average 48 cents/kWh, but the output is similarly low value. Except for a few days per year, Ontario’s peak usage of power is just as solar panels shut down – in the evening.

Not only is Ontario’s renewable energy production driving massive losses to subsidize exports and payments to generators to not generate under the terms of contracts that obligate consumers to buy even useless power, but it is also driving costly but low-value “smart grid” projects required to accommodate renewables.

Rising power rates have driven down usage. Spreading rising costs over declining sales has amplified the pace of rate increases.

Again, government and its supporters have pumped their claim that using less will save us money. What has actually happened is that conservation in Ontario is indeed saving money but mostly for utilities and their customers in Michigan and New York State on the receiving end of our subsidized exports.

But didn’t renewables enable Ontario to get off coal, saving us from smog days, and slash health-care costs? Although endlessly repeated by the government and its supporters, none of these claims bear scrutiny.

Coal’s replacement in Ontario was achieved with increased output from nuclear and gas generators. Improvement in air quality in recent years has been the result of a massive conversion to gas power in the mid-western states upwind of Ontario as well as improvements in transportation fleets and industry. Most of the coal power Ontario produced in its last years came from plants with good new scrubbers, delivering effectively smog-free energy. Predicted health-care savings from the coal phaseout never materialized.

But isn’t the cost of renewable energy plunging?

Ten years ago, the average payment to Ontario wind generators was around 8.3 cents/kWh. Taking into account inflation, the average today is up 50 per cent.

Wind and solar aren’t the only renewable energy ripoff. Recent additions to Ontario’s hydro-electric capacity have added billions in new costs but no additional production. Ontario’s most costly generator is a converted coal-fired station in Thunder Bay, now fueled with a wood product imported from Norway.

A bad smell emanates from renewable politics at Queen’s Park. Renewables developers who made the biggest donations to the provincial Liberals have tended to win the biggest contracts.

Ontario’s renewable energy program is not the only disaster on consumers’ bills. Excessive payroll costs and wasteful conservation programs also lurk, but no single factor has contributed more to the compounding semi-annual increases in rates since 2008 than renewables.

Most of the punishing cost consequences of Ontario’s radical renewables program are locked in with 20-year contracts. Children today will be paying these irresponsible contracts long into the future, along with current costs that the Wynne government has now decided will be added to this future burden.

Tom Adams is an independent energy and environmental advisor and researcher focused on energy consumer concerns, mostly in Eastern Canada. He has worked for several environmental organizations and served on the Ontario Independent Electricity Market Operator Board of Directors and the Ontario Centre for Excellence for Energy Board of Management.

Time for Transport Canada to act ...