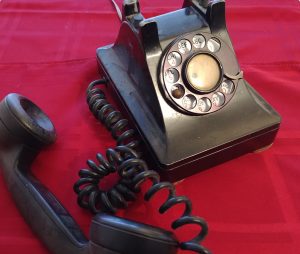 February 21, 2019
Many organizations act on consumer or user complaints because they know those complaints are an important indicator of the success — or failure — of a product or program.  The Ontario government now has records of thousands of complaints dating back to 2006 regarding excessive noise and shadow flicker or strobe effect. The detailed files on these complaints, which contain notes by Provincial Officers with the ministry of the environment, also contain comments on adverse health effects stemming from exposure to the noise emissions.
While organizations like Health Canada act on reports of adverse effects from medications or problems with medical devices, the Ontario government instead maintains all complaints about wind turbines under the environment ministry and, to the best of our knowledge, does not even share these complaints and records with the provincial health ministry.
An article titled “Wind Turbine Incident/Complaint Reports in Ontario, Canada” was published recently in an international open-access library; the paper reviews the Ontario situation in the context of other public health reporting tools, and refers to documents Wind Concerns Ontario received via requests made via Freedom of Information legislation.
Conclusion? Ontario instituted a complaint process with the purpose of assuring citizens health and safety will be protected … but they’re not using it.
Here is an excerpt from the article:

Documentation of citizen noise reports received from the government shows that in the beginning, staff of the province’s environment ministry made an attempt (though apparently without resolution) to respond to the reports of excessive noise and other effects of wind turbine noise emissions. This may have conflicted with the government’s “green energy” policy as the efforts appear to have changed from response to issues management as the response rate to complaints declined to 6.9 percent in 2015-2016, from 40 percent in 2006-2014 ([9], p. 4).

Copies of staff training materials in Ontario which were received in the  [Wind Concerns Ontario] FOI request show that employees were given specific directions from management as to what action, if any, to take. For example, in one PowerPoint training session, staff was directed not to treat wind turbine noise as tonal ([9], p. 9). It is possible the reason for this, could have been that according to the government noise measurement protocol, a 5 dBA penalty would have to be applied to noise measurements in the case of tonal or cyclical noise emissions, in which case a turbine might have been found non-compliant with regulations.

Notes from staff in summary reports of Incident Reports also indicated that staff recommendations to middle and upper management to issue orders for
noise abatement or other actions were ignored ([10], p. 12). It appears that the process of filing wind turbine Incident Reports and its purpose for addressing concerns about effects on health and safety may have resulted in more reports than expected and may have been dissonant with stated
government policy objectives to promote “green” energy.