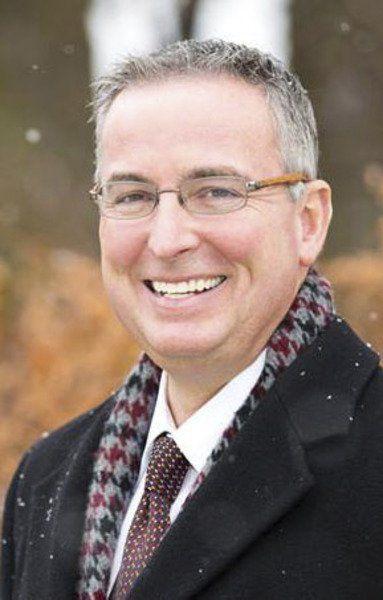 Daniel Stapleton of Niagara County: managing risk is my job [Photo: Niagara Gazette]
September 17, 2019
Last week, Senator Robert Ortt of New York State, hosted a public health forum in Williamsville, NY. Many speakers attended including acoustician Robert Rand, audiology professor Jerry Punch, and others.
The Public Health Director for Niagara County, Daniel Stapleton, was one of the featured speakers. Starting out with the grave pronouncement, “I don’t call them wind ‘farms,’ I call them industrial wind turbines,” Stapleton said it is his job to manage risks to health in his jurisdiction.
He pointed out that sleep disturbance is an acknowledged and serious risk to health, and leads to various chronic diseases. He linked wind turbine noise emissions to sleep disturbance (which is not the same as sleep deprivation) and the development of chronic disease.
He said that he, and many fellow public health officials are so concerned about wind turbine noise emissions and the lack of appropriate regulation, that he, and 58 other officials will be issuing a statement on the need for stronger regulation governing wind turbines.
In Ontario, Canada, wind turbine noise regulations were drafted by the government under Premier Dalton McGuinty whose government took many actions to promote wind power development; the regulations, including property setbacks, were developed in consultation with the wind power industry.
They have not been updated.
Ontario received more than 4,500 reports of excessive noise from wind turbines, many with reports of adverse health effects, between 2006 and 2016.
Wind Concerns Ontario has requested the noise reports for 2017 and 2018 from the Ministry of the Environment, Conservation and Parks, but has notreceived any documents. The 2017 documents were the subject of an appeal after lack of response was deemed a refusal, but the request has still not been fulfilled, after more than a year.
Listen to the 12-minute Daniel Stapleton presentation here:  https://youtu.be/fWwLAxIaiYY

MOECC misleading the public on wind ...