Minister cancelled wind power project approval to “exercise precaution” regarding endangered bats; judges say, No and side with wind power lobby and developer on all points 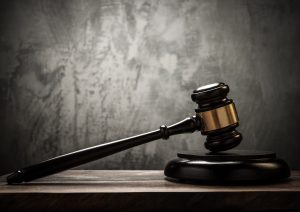 May 15, 2020
A panel of judges in Toronto in the Ontario Superior Court released their decision yesterday over the Nation Rise wind power project in North Stormont, “quashing” the environment minister’s decision to revoke the project approval.
The decision is important —- and worrying —- as it appears to limit the environment minister’s powers to act over risks to the environment. Lawyer for the community group which filed appeals of the power project over a number of environmental concerns published a news release early this morning. It is available here: https://www.newswire.ca/news-releases/court-denies-minister-s-ability-to-protect-ontario-environment-823653654.html?fbclid=IwAR0ZEpgR1PRHmtE4lgDFu5SCI-WcVu5I4-TzXPf-b8pnZOyqsJ70ebu9fYM
Lawyer Eric Gillespie says that the decision rules the environment minister is unable to act and raise further issues after the quasi-judicial Environmental Review Tribunal has made a decision, even if there are factual errors alleged.
“This appears to leave the entire Province highly vulnerable,” said Margaret Benke of the Concerned Citizens of North Stormont group, calling the decision a “tremendous step backward for environmental protection.”
The Attorney General’s Office, which defended the minister’s decision in court, has yet to respond to yesterday’s decision.
“This is astonishing,” says Wind Concerns Ontario president Jane Wilson. “We know how difficult it is to present environmental concerns before the Tribunal and how the test was made very difficult to meet. Yet almost every wind power project in Ontario has been appealed, at a cost of millions to citizens and municipal government. To handcuff the minister like this is very concerning.”
While the community group learned of the decision Wednesday afternoon, power developer EDPR had workers back at the site earlier in the day. Somehow, the NDP energy critic was also informed and posted a message about the minister’s “batty” decision on Twitter Wednesday evening.
The judges’ decision is here: https://www.canlii.org/en/on/onscdc/doc/2020/2020onsc2984/2020onsc2984.html?resultIndex=3
WIND CONCERNS ONTARIO
contact@windconcernsontario.ca

Ontario communities banding together to fight ...