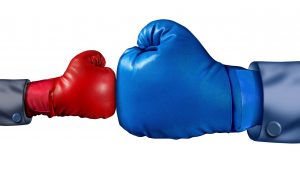 June 19, 2020
The Concerned Citizens of North Stormont announced today that it will not pursue further legal action regarding the Nation Rise wind power project; Ontario’s Attorney General has determined that it will not appeal a court decision made a few weeks ago.
The community group negotiated several conditions with the power developer, including a fund to help people who perceive noise or other effects, a bat mitigation strategy that is planned to prevent bat deaths, and funding for wildlife research to be done by an Eastern Ontario research institute. As well, the community group’s considerable legal fees will be paid by the power developer.
The news release is as follows:

An agreement has been reached between community group Concerned Citizens of North Stormont (CCNS) and the developer of the Nation Rise Wind Project. CCNS appealed the project approval before the Ontario Environmental Review Tribunal over concerns about the environment and wildlife; that appeal was dismissed. The Minister of the Environment subsequently revoked the Renewable Energy Approval on direct appeal from the community group but that action was recently reversed by the Ontario Divisional Court.

The Ministry of the Attorney General has now indicated the Minister will not be seeking leave to appeal the Court decision.

The negotiated agreement recognizes and respects that the project as proposed will have the most stringent bat mitigation of any wind power project in Ontario.

The agreement includes the creation of a community-based home improvement fund which will allow local residents to apply for up to $5,000 from a $150,000 fund, established primarily for noise and visual mitigation for homeowners who perceive impacts.

The agreement also provides for $50,000 to the St. Lawrence River Institute, based in Cornwall, Ontario, to fund independent bat-related research.

The agreement further provides for payment of fees and disbursements incurred by CCNS.

For additional information, please contact counsel for CCNS Eric Gillespie at 416-436-7473 (telephone/text) or by email egillespie@gillespielaw.