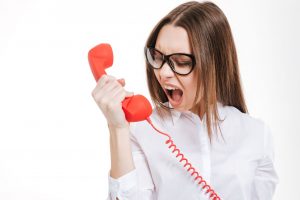 March 15, 2021
Are wind power operators profiling people who call them to complain about noise or other effects from wind turbine operations?
In response to a request under the Freedom of Information and Privacy Act, Wind Concerns Ontario received what appears to be internal documents used by Suncor in 2016, related to the company’s Adelaide wind power project.
On the forms is the guide to staff to “indicate if the individual is a member of a larger stakeholder group”.
Wind Concerns Ontario is a community group coalition with dozens of community groups throughout the province, most of which actively criticized the imposition of grid-scale wind power facilities on their communities. Many also launched legal appeals before various tribunals and in court.
Was this question meant to intimidate people exercising their rights to complain under the government compliance process?
We sent an email to Suncor, in specific Jason Weir, the staff member who is named on the reports we received, but have had no response. Mr Weir has been listed as Site Supervisor and “Owners’ Representative” in the past, according to a search on his name.
Again these were internal forms for use by staff to guide information gathering. Other questions include asking about details of the complaint, wind direction, etc. 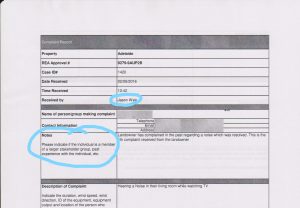