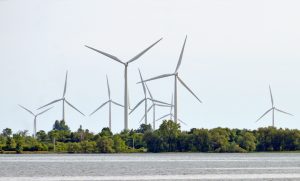 March 26, 2021
Health Canada released an update today on progress toward “modernization” of the Radiation Emitting Devices Act or REDA.
A consultation process was held last year in which the public and stakeholders could submit opinions and recommendations. Wind Concerns Ontario submitted a document which gave an overview of wind turbine proliferation in Ontario, and resulting complaints about noise and vibration.
Health Canada received 20 submissions from a variety of participants including interest groups and professional associations.
“Although many of the special interest groups and individuals expressed general support for strengthening the provisions of REDA,” Health Canada said,  “concerns were raised in relation to the application of REDA to address noise emissions from wind turbines. Respondents expressed a desire to ensure that the provisions of REDA, specifically the general prohibition and notification requirements, apply to wind turbines as well as other products that emit tonal infrasound.”
Wind Concerns Ontario referred to numerous federal documents including the Health Canada wind turbines and noise study published in 2014 and the 2015 Council of Canadian Academies report, which both acknowledged problems with wind turbine noise emissions. Current protocols for monitoring noise from the turbines do not capture the full range of emissions, the Council noted.
Wind Concerns Ontario said:

There are processes in place for the people of Canada to report adverse reactions or adverse effects from the use of medications and medical devices, and to report problems with machinery or other equipment that pose a risk to health. In the case of wind turbines in Ontario, there have been thousands of reports of problems with exposure to wind turbine noise emissions.

The REDA must be employed to halt the risk to human health.

This is particularly important now as well, as the federal government seeks to encourage an expansion in development of renewable energy, which may mean the planning and construction of more wind power facilities. …

It has been a heartbreaking and frustrating exercise reading reports on wind turbine noise emissions and attendant health impacts filed by the people of Ontario who thought their government would really protect them.

Health Canada says the comments are under review and may result in some revisions to the proposed legislation.
See the Health Canada update here: Modernization of the Radiation Emitting Devices Act (REDA) 2020 Consultation – Summary of Results – Canada.ca
See the Wind Concerns Ontario document here: Comment to Health Canada REDA-September 10-2

Victory for environment, community at Ostrander ...