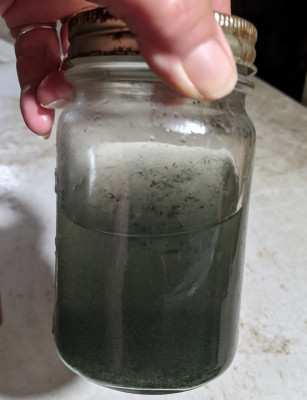 The Independent Electricity System Operator (IESO) has posted a list of Qualified Applicants for its new Long-Term Request for Proposals or LT-RFP. The IESO is looking to secure 3,500 megawatts of new electricity generation.

In a recent post, WCO repeated comments by the now Minister of Energy about the wind power developer wpd, which he said had violated sections of the Environmental Protection Act and behaved like “robber barons.”

Also on the list are companies involved in developing the North Kent wind power project where there have been problems with water quality for years, since construction began on the turbines.

One resident wrote a letter to the IESO with details of how her water supply has been contaminated. She questions why these companies are now allowed to line up for more contracts when this serious issue has yet to be resolved.

I am writing to you with grave concerns regarding a list of potential “qualified applicants” for future industrial wind turbine projects in Ontario.

Our 12,000 year old shallow underground aquifer called “Kettle Point Black Shale”, our natural resource of drinking, bathing, cooking, laundering, and livestock thirst for centuries, had been severely impacted by the construction and operation of industrial wind turbines.  Many families were impacted  here in the former township of Dover, and neighboring Chatham Township, of North Chatham-Kent, and still today continue to suffer the consequences.

Our taps are now contaminated with black shale sediments, comprised of toxic heavy metals, most particle sizes naked to the eye and skin absorbent and the vibrations of these turbines in operation continue to stir these sediments up, flowing into our water wells.

In writing, Mr. Doug Ford promised a “Health Hazard Investigation”.  Instead an “All-Hazard Investigation” was initiated and an Expert panel of 5, was created to investigate the environmental impact of this released carcinogen, “black shale”, into our resource of drinking water.
Dr. Keith Benn, one of the members of the Expert panel, has recently released new information regarding the sediments in our drinking water and this is very alarming.
https://www.facebook.com/permalink.php?story_fbid=pfbid0XwTXxa5nGGziDc4tvq7G3TDfhA94DtSVSzbnXoYBvEVU9YQVPW62AuQTq6G4SXCCl&id=100078424817218
To date, this issue remains unresolved, and “we” (the families affected) feel that Engie Canada, Pattern Energy, Samsung and Boralex should not be approved as Qualified Applicants until this drinking water issue is resolved.
Thank you for your time and concern,
Christine Burke
Government asked to follow up on research panel recommendations
As mentioned by Ms Burke, expert panel member Keith Benn, a hydrogeologist, former university professor and now consultant, says the presence of heavy metal contaminants in the water is very worrying, and he called on government to follow up on the original findings. In a letter to Chatham-Kent This Week published in October, he said:

The panel recommended future sampling and analysis of the suspended sediment to identify concentrations of potentially toxic substances, notably metals. The panel further recommended that, should such concentrations be identified, then bioavailability testing should be considered to determine if those substances might be sufficiently absorbed within the body after ingestion so as to pose a potential health concern.

One household situated in Ward 4 of the Municipality of Chatham-Kent recently took the initiative to have a sample from their private well analyzed by a reputable, certified laboratory. The analytical results for the sediment reveal that several metals are present in rather high concentrations, notably antimony, arsenic, barium, cadmium, lead and nickel.

Based on those results, it would seem that sampling and analyses of the sediment from more water wells in the area would be warranted, as well as testing for bioavailability of potentially toxic metals.

In closing, I continue to hope that the relevant branches of government will investigate, with some urgency, the potential for health hazards associated with solids suspended in well water in areas of industrial wind turbine development within Chatham-Kent.

The IESO list of Qualified Applicants appears to confirm the experience and scale of projects that the companies are able to take on, but it is uncertain as to whether their history with regard to operating projects has been considered, including such factors as complaints about noise, compliance with Renewable Energy Approvals, or other situations such as the North Kent water wells.
contact@windconcernsontario.ca

Wind power operators must respond to ...

Wynne government “let people down” on ...