The 100% renewables scenario is nonsense. Here’s why. 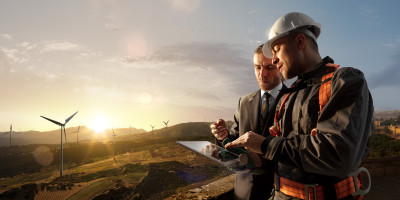 In his 2016 book Power Density, published by the Massachusetts Institute of Technology Press, Vaclav Smil (Professor Emeritus, University of Manitoba) says we are now at the beginning of another epochal shift in the sources of energy.

“The environmental argument for an accelerated shift away from fossil fuels—the need to slow down anthropogenic global warming—has dominated the quest for renewables since the late 1980s,” he writes in a chapter titled Energy Transition, but there are only two technological solutions: nuclear power or an “equally large-scale effort to capture and sequester CO2 generated by fossil fuel combustion….Nuclear is either stalled (U.S.) or on the way out (EU)…and most of the carbon capture and sequestration projects have been shelved or postponed.”

Some argue that 100-percent renewables is the way forward, Smil notes, but the idea lacks “technical credibility as it assumes unrealistic performance factors and mass deployment of unproven conversion techniques.”

Professor Smil takes a hard look at wind and solar and paints a picture of what a 100-percent renewable energy system would look like.

He takes aim at a well known proponent of the 100-percent scenario, Mark Jacobson (the City of Ottawa bases its entire 100-percent renewables goal on a single paper by Jacobson) and says, “If you are willing to engage in unbounded science and engineering fiction then, according to Jacobson and Delucchi, this is what it would take to supply the world with 100% renewable energy in 2030 by using electricity (generated by wind, water, and solar PV installations) and electrolytic hydrogen for all purposes:

“…the simplest reality check shows the fictional nature of these assumptions. In 2013, the worldwide capacity in wind turbines reached about 330 GW, while 13 TW (40 times as much) would be needed by 2030. …Such a ramping up of all kinds of capacities—design, permitting, financing, engineering, construction, all going up between one and five orders of magnitude in less than two decades—is far, far beyond anything that has been witnessed in more than a century of developing modern energy systems.”

Smil goes on to look at what it would take to do this, and looks at the amount of land required by renewables which generally have lower power density than, say, nuclear. (As Dr Chris Keefer of Canadians for Nuclear Energy likes to say, a nuclear facility the size of a Costco can power much of a city.)

“An entirely renewable energy system would occupy roughly 25-50% of the country’s territory (250-470Mha) compared to about 0.5% (5.5 Mha) of land claimed in today’s fossil fuel-hydro-nuclear system.

“Japan could completely decarbonize,” he writes “with nearly 600,000 km2 of land devoted to electricity generation and phytomass fuels, nearly 60% more than the area of the four main islands, and the land requirements of fully renewable national energy systems would surpass entire territories for numerous high-energy countries…” (p. 248)

An estimate of the land needed for 100-percent renewables in the U.S. is “nearly 170 Mha (about 17% of the country, and that is without additional transmission)…that is, more land than is in annually harvested crops.”

“Similarly,” he writes, “McKay (2013, 1) concluded that ‘in a decarbonized world that is renewable powered, the land area required to maintain British energy consumption would have to be similar to the area of Britain’.” (p.248)

“Extensively used PV panels would supply less than 10% of the annual demand of the entire metropolis and less than 1% of the need in its core area. Not surprisingly, the Global Energy Assessment for 2012 concluded that local renewables “can therefore only supply urban energy in niche markets (e.g. low-density residential housing) but can provide less than 1% only of a megacity’s energy needs.” (Global Assessment 2012, 1347)

Proponents aren’t telling you the whole truth. “If wind’s share of electricity generation reached 20%, its systemwide costs could be 50% higher, and if it reached 40% they might be double the traditional LCoE estimates owing largely to standby power and recurrent overproduction costs.” (We see the latter a lot in Ontario.)

“These realities have been inexplicably neglected by the proponents of a rapid energy transition. …Energy studies have accomplished a remarkable feat by largely ignoring space as a key organizing determinant of modern systems supplying fuels and electricity. But space matters…”

“New energy arrangements are both inevitable and desirable, but without any doubt, if they are to be based on large-scale conversions of renewable energy sources, then the societies dominated by megacities and concentrated industrial production will require a profound spatial restructuring of the existing energy system, a process with many major environmental and socioeconomic consequences.” (p. 255)

While Ontario’s Independent Electricity System Operator (IESO) is launching several new Request for Proposals for power sources, we hope that the energy minister’s claim to be looking for “reliable and affordable” power sources holds. Wind power is not reliable, not affordable, and on analysis and comparison to other power sources it is extremely low in density and effectiveness.

Economic impact of wind farm on ...