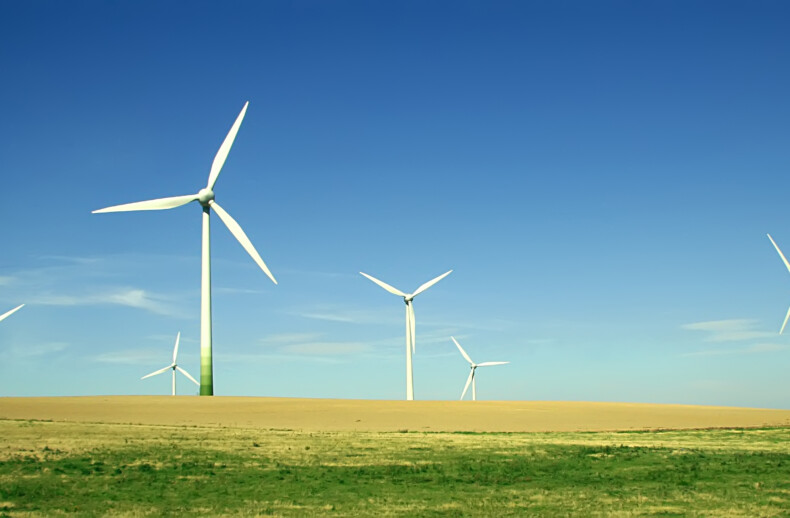 January 2, 2022 In an editorial in the current edition of Environmental Disease journal, Dr Alun Evans, prominent physician and cardiologist, says it is past time for governments to act to protect…

END_OF_DOCUMENT_TOKEN_TO_BE_REPLACED

Several speakers from Canada were invited to make presentations at the recent Acoustical Society of America (ASA) Spring Meeting. Speakers from around the world were present at the event, held in Salt Lake City,…

END_OF_DOCUMENT_TOKEN_TO_BE_REPLACED

A key sign of adverse health effects due to wind turbine noise emissions is the fact people improve when they are away from the noise, eminent physician says These are the latest installments…

END_OF_DOCUMENT_TOKEN_TO_BE_REPLACED


Wind Concerns Ontario has written a letter to the new federal Minister of Health, the Honourable Dr Jane Philpott, expressing concern about the inadequacy of noise regulations for wind turbine noise emissions in Ontario. Here is an excerpt from the letter, which was accompanied by the British Medical Journal article with the diagnostic criteria for wind turbine noise health impacts by Dr Robert McMurtry and Carmen Krogh, and by the case histories developed by H.A.R.M. (Health Affected Residents Meetings) in 2012.
An excerpt of the letter follows:

Some of our local community groups have worked to document the health issues faced by their residents living wind turbines (see attached document from the Kincardine area). These reports of health issues cannot be ignored or dismissed. We ask that you direct your officials to leverage this information and undertake field work in rural Ontario to validate these reports and gain an understanding of the problems faced by rural residents living among wind turbines. This would also ensure that the design of any future Health Canada research is validated by the real experiences of people exposed to wind turbines, as opposed to simply relying upon computer modelling provided by the turbine manufacturers.

Turbine noise levels are sufficient to disrupt sleep and, as a medical professional, you understand how disturbed sleep can lead to a large range of health effects. Of greater concern than the audible noise emissions are the pulsing sensations reported by people within their homes.  These sensations are linked to inaudible low frequency and infrasound pressure waves that are being amplified inside their homes.  The Ontario regulations do not consider emissions below the audible range and do not set any standards for noise within homes.

The sound power rating of wind turbines being installed in Ontario has increased considerably since the Ontario standards were established. With the newer 3-megawatt (MW) wind turbines involved in the most recent projects, the health issues are surfacing sooner and the symptoms are more severe.

In this regard, we are closely monitoring the Township of West Lincoln project where 77 3-MW turbines are currently being installed in an area with a resident population of 1,900 homes within two kilometers.  Wind Concerns Ontario estimates that, using the most conservative figure possible from research, including Health Canada’s own research, the health of almost 400 people in this area will be affected.

As you may know, Health Canada conducted a study of wind turbine noise from 2012 – 2014. The findings released in November 2014 reported two contradictory findings – first, there are no health effects linked to wind turbines and yes, there are health effects related to wind turbines.  The design of this study was criticized by epidemiologists and health professionals before the project began. A review of the survey instrument design after the project revealed that the finding of “no problems” was based on questioning respondents about a narrowly-defined timeframe — in other words, participants were questioned about symptoms and events during a time when wind in Ontario is low and turbine noise emissions would be less.   Responses to other questions that covered the whole year showed that problems existed.  This second result was confirmed when physical samples from the people reporting complaints showed the physical indicators of stress.

Data specifically provided to Wind Concerns Ontario by Health Canada indicate that respondents to this study reported that wind turbine noise was worse than the road, rail and airport noise that formed the basis of the World Health Organization’s night-time noise standards. The study showed that problems begin at 35 dBA which provides research data confirming that Ontario’s noise standards are insufficient to protect human health.   While the science around wind turbine noise is still developing, this information alone should be sufficient for the Health Canada to act by establishing tougher standards based on the Precautionary Principle.

In a stakeholder meeting with Health Canada, Wind Concerns Ontario was promised that the raw data from this study would be made available for follow up by qualified academics. In practice, however, under the previous government, Health Canada put barriers in front of groups seeking access to that data.  With your government committed to openness, hopefully you will instruct Health Canada staff to make the data available to qualified researchers.  Only by working with the raw data, will it be possible to assess why the study generated the two conflicting conclusions. …

We hope that these health issues will be a key concern for your Ministry as the federal government as it moves to implement its Climate Change agenda. As Health Minister, it is our hope that measures supported by your government will not add further to the problems faced residents of rural Ontario.

There is time to work to get this situation right. An assessment of the situation in Ontario by the Society of Professional Engineers shows that the contribution of wind turbines to addressing climate change is limited.  In fact, as Ontario’s electricity system is dominated by nuclear and hydro generation facilities, expanding the role of wind turbines will actually increase carbon emissions.  Power output from wind turbines is intermittent and requires standby back up by gas-fired plants and the emissions from these sources exceed the emissions from the nuclear and hydroelectricity being displaced by wind turbines.  Other provinces can also learn from the Ontario experience where the elimination of coal-fired generating plants was not as a result of intermittent power generated by wind turbines, but rather  by the return of refurbished nuclear power stations to production.

We are pleased that your government is committed to science-based policy. Some much of what we have experienced with the wind turbine program in Ontario is more based on ideology than science.  The results are becoming clear both here in Ontario and in other jurisdictions.  The new federal government has an opportunity to learn from past mistakes as it moves forward on addressing climate change.

The full letter is here: MinisterofHealthLetterJan12

END_OF_DOCUMENT_TOKEN_TO_BE_REPLACED

Thanks to the blog Stop These Things for posting testimony from Canada’s Dr Robert McMurtry, to the Senate Committee on Wind Turbines in Australia, in may. Read the whole testimony here.

END_OF_DOCUMENT_TOKEN_TO_BE_REPLACED

Health Canada study “too little, too late”: McMurtry and Krogh

END_OF_DOCUMENT_TOKEN_TO_BE_REPLACED

Dr Robert McMurtry was interviewed by consumer advocate Dale Goldhawk on Zoomer radio yesterday. In uncharacteristically blunt speech, he branded the Health Canada wind turbine noise study (for which only a summary exists,…

END_OF_DOCUMENT_TOKEN_TO_BE_REPLACED

Dr Robert McMurtry, companion of the Order of Canada, and former Dean of Medicine at Western University, has released this comment on the review of the Health Canada Wind Turbine Noise and Health…